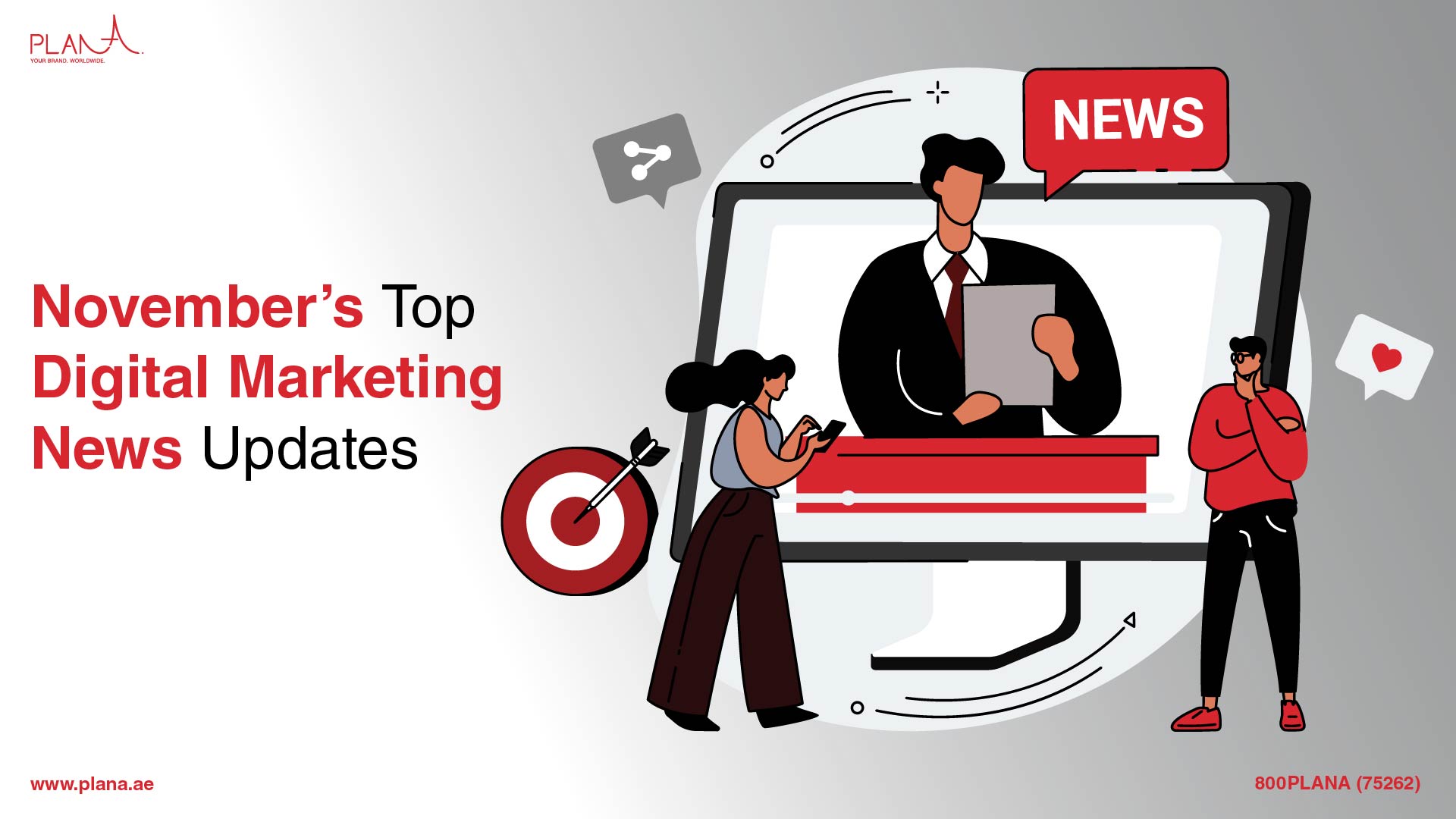 It can be difficult to keep up with the quickly changing world of digital marketing, but we are here to help.

This news blog contains information about digital marketing updates and feature announcements that happened in November 2022. Here are the top stories: 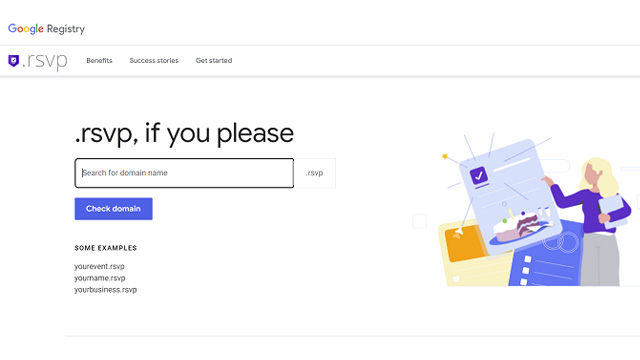 People may find it simpler to remember the URL to connect to your future event now that Google has revealed that businesses can register for new .rsvp domains.
According to Google:
"Perhaps you're organizing a "friendsgiving" get-together, a New Year's soirée, or a significant birthday party. For your event website, you can now begin registering .rsvp domain names. It's Google Registry's most recent safe top-level domain. If you need attendees to confirm their attendance at an event with you, the .rsvp top-level domain is ideal.
You can now go to get .rsvp to register a .rsvp domain for your business, such as, for instance, "plana.rsvp."

You can verify the availability of your preferred option on the website. After that, you can pay a one-time charge to register the domain name with the service provider of your choosing.
The link will then go to your website or a special page you design, and you may utilize that domain as a referral driver for your event registration or promotions.

Rsvp domain names are currently accessible through its Early Access Program, and all domains will soon be made accessible to the general public for variable costs. 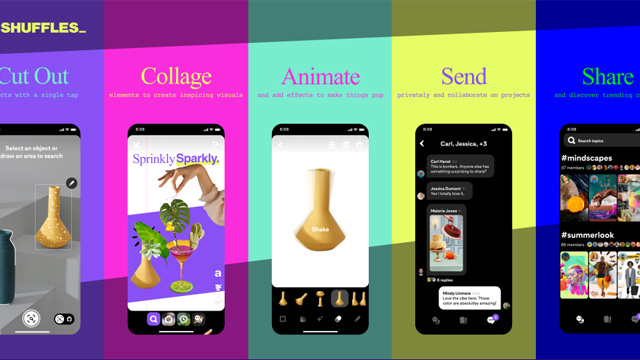 Shuffles, a new collage-making tool from Pinterest, is now accessible to all users after earlier this summer's invitation-only test period. The app gained a following among Gen Z users, who made "aesthetic" collages using the creative expression tool and shared them publicly on TikTok or privately with their friends or the Shuffles community.
Shuffles' lack of widespread acceptance might in part be a result of the app's continued invite-only status while it was gaining popularity as a result of viral videos. You would need to obtain an invite code from a current user or sign up for a waitlist in order to use the app.

Although there was some early demand among young people due to this exclusivity, it is not a sustainable way to spark interest in a new product.
Shuffles initially became popular because it catered to a younger audience that frequently uses social media for creative, self-expression, rather than just networking.
After Apple introduced the ability for users to add widgets in iOS 14, which allowed for the creation of customized iPhone Home Screens, Pinterest itself attracted the attention of this group in September 2020.
As a result, there was an explosion of Home Screen designs featuring widgets, unique icons, and complementary wallpapers. 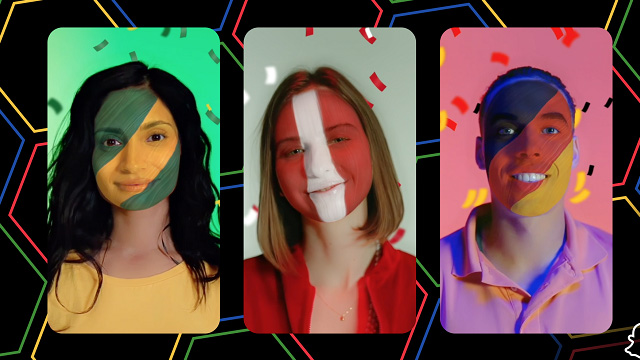 For the 2022 World Cup, Snapchat has unveiled a number of new features, including team-specific AR filters, AR Try-On tools that let you see how you'd look in each team's uniform, and live update overlays that keep you up to current on the latest.
First up are Snap's brand-new team color Lenses, which offer a quick way to express your support within the app and were inspired by face paint.

Additionally, Snap is introducing a brand-new feature called "Live Garment Transfer Lenses" that will let you digitally try on the uniforms of all competing teams.
Live Garment Transfer Lenses make use of the most up-to-date clothing simulation technology to give you a more accurate representation of how each piece of clothing would seem on you. They move with you and align with your body to enhance your sense of presence.
There will be a lot more themed tie-in features released in the weeks leading up to the World Cup, which starts next week because it will be a significant event for all platforms in terms of generating interaction. 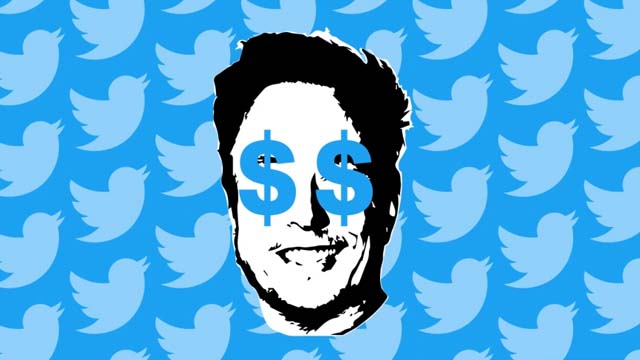 Only a few days after Elon Musk, the newly appointed CEO of Twitter, floated changes to the company's system for verifying user accounts, including the possibility of charging $8 per month for the privilege, it appears that Twitter has started rolling out a new tier of Twitter Blue, its premium subscription service, which reflects some of Musk's suggestions.

Recent development: It seems that the launch might have been too soon. Twitter product lead Esther Crawford tweeted that although the new Twitter Blue plan isn't yet live, some users are already receiving notifications as part of a live test.

The blue verification checkmark will now be added to accounts that applied through Twitter's free verification process.
However, the New York Times claims that verification may not take place until after Tuesday's midterm elections. Other advantages promised as "coming soon" include the capacity to submit longer videos to Twitter and the ability to theoretically "double as relevant" advertising (Blue previously completely removed adverts).
However, it's unclear just how long the videos can be. The verbiage describing the new Twitter Blue is vague. However, Musk stated in a tweet this afternoon that the 42-minute technical cap for 1080p video is the current value and that he anticipates it will be increased at some point this month. 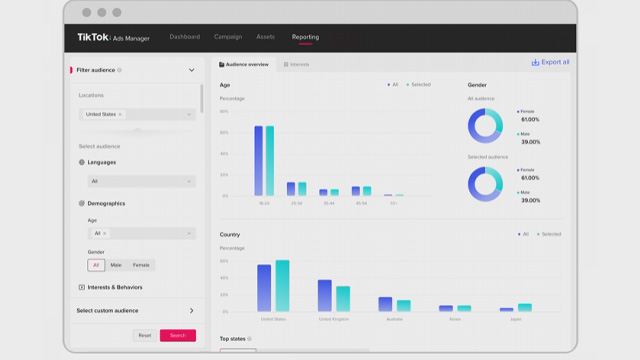 New Audience Insights in TikTok Ads Manager, which let you dive down into detailed demographic information about your audience on the app, including interests, usage patterns, gender divides, and more, have given TikTok advertisers a major boost.
TikTok's Audience Insights filters are now presented on the left-hand side of the Ads Manager 'Reporting' area, as you can see in this illustration, with a variety of classification options to pick from.
The filters that are available are:

That will give you a ton more opportunities to learn more about your TikTok audience and adjust your strategy accordingly.

With WhatsApp, Anyone Can Now Create Polls 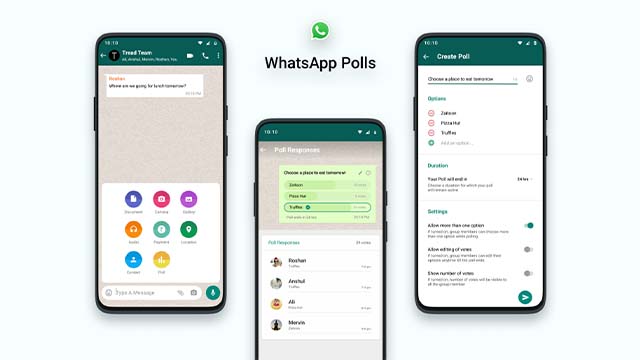 It has been reported that WhatsApp intends to provide a polling tool for its group chats. The update is now available to WhatsApp users on other devices, including desktop, after passing the beta testing stage on Android and iOS.
When you want everyone in a group discussion to agree on a certain issue, WhatsApp polls come in helpful. The option was first shown to us this past spring, and a few beta testers' devices began to receive it in September.
With this tool, you may create up to 12 alternative poll options for respondents to pick from when you pose a question. For a few months now, polls have been accessible on WhatsApp for Android.

The polling functionality made its beta debut in the messaging service's Windows client earlier this month. This build is available through the Microsoft Store, and when your PC is used as a linked device connected to your smartphone, polling can be used.
Everyone who downloads WhatsApp Desktop (version 2.2244.6) from the messaging service's website can participate in polls as well. 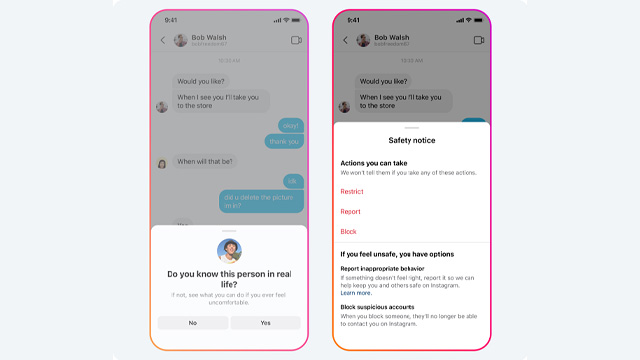 Meta is introducing new measures to safeguard young people's privacy on Facebook and Instagram. The business declared in a blog post that it is introducing new privacy defaults for teenagers.
These privacy controls include things such as who can view their friend list, who can view the people, pages, and lists they follow, who can view the posts they're tagged in on their profile and more.
Users under the age of 16 (18 in some countries) who use Facebook and Instagram by default have their privacy settings set to a higher level.
New messages from Meta are also urging teenagers to use the privacy settings on Facebook and Instagram.
Teenagers are being encouraged to report accounts when they block someone. Additionally, the platform sends them safety alerts with guidance on how to avoid inappropriate messages from adults. 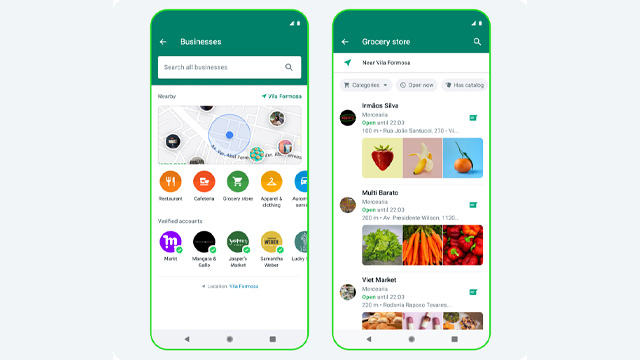 Meta has already signaled its intentions to take full advantage of the economic potential in messaging, including Click-to-Message ads and other direct connection options, as social network interaction progressively turns to messages.
That effort will include WhatsApp as well, enabling more businesses on the most widely used messaging platform in the world.
On that note, Mark Zuckerberg, CEO of Meta, today made an announcement at the first-ever WhatsApp Business Summit in Brazil about a new update that would let WhatsApp users directly search for businesses in the WhatsApp UI by name or category.
As per WhatsApp:
"We designed business search to protect people's privacy. Your search results are handled in a way that makes it impossible to connect them to your account.”

With the popularity of WhatsApp growing, especially in the US, this may now be a much more crucial factor to take into account. Because, as already mentioned, people are posting more updates to private DM groups and less to their social feeds.
Indeed, Zuckerberg claims that social feeds are evolving into discovery platforms, and given this, it's possible that users are becoming more receptive to DM interactions from brands.
It's probably worthwhile to offer WhatsApp as a connection option at the very least, and if these new discovery features are completely implemented, they might provide you even more motivation to have a WhatsApp presence for your company. 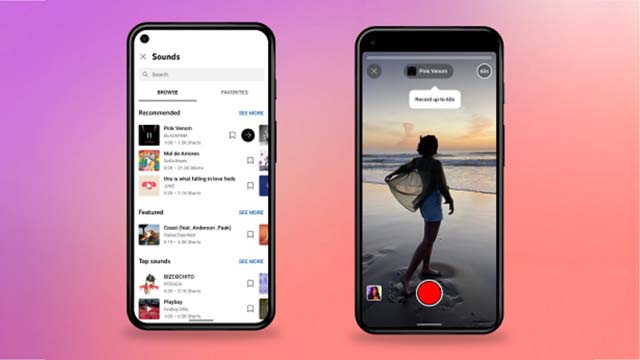 YouTube is introducing a new experiment that will allow select creators to identify things for purchase within their Shorts clips as another monetization option.
As the competition for creative talent in the industry heats up, that might offer a crucial lifeline for Shorts makers and another crucial factor working in YouTube's favor.
Direct monetization is tough with short-form videos because pre- and mid-roll advertising can't be easily inserted like they can with lengthier content.

A new advertising program that would see commercials shown in-between Shorts and divide all cash generated with creators based on Shorts performance has already been announced by YouTube.
However, direct commercialization through product listings may be a more fruitful and straightforward way to distribute income to producers in the app, which may make Shorts a more alluring choice for individuals wishing to monetize their films.


If you missed our October digital marketing forecast, here it is.

Moreover, consider going through our popular blogs to keep yourself up to date with the latest social media marketing trends: