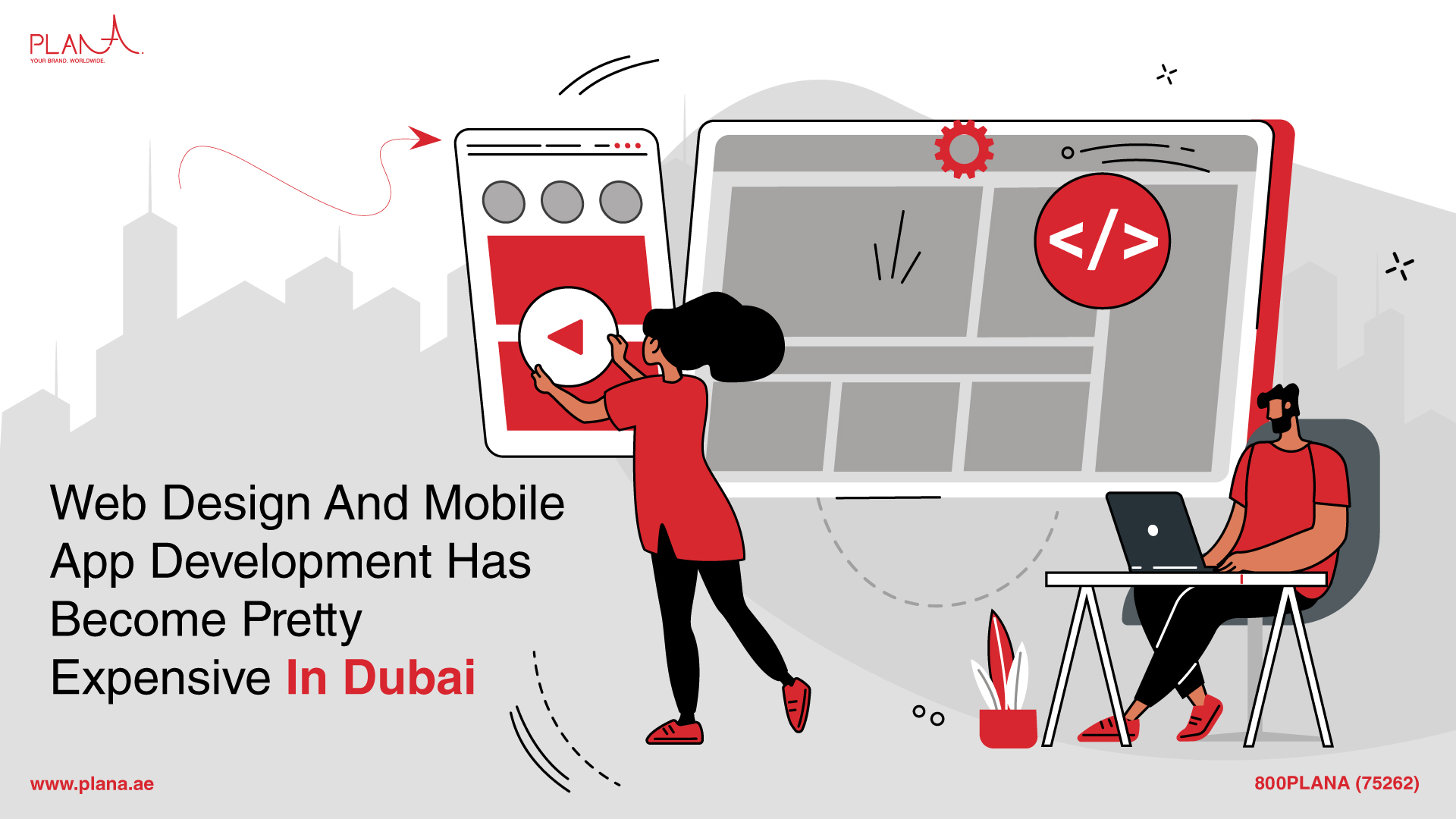 Why is web design and mobile app development so costly in Dubai? You have this question in mind every time you quote for web design Dubai services.
The simplest reason is that apps are cheap; it's the costly skill in engineering and design. You'll see over a million different applications if you look at the App Store. These were all developed by independent developers, but the majority of these applications would never earn a penny.

Let’s See Why Mobile Application Development in Dubai Is Expensive

Since mobile apps are very small (in reality, Google restricted Google Play app size to 50 MB until 2015), it might seem as though the cost of developing a mobile app should not be too high, but there are actually reasons why web design Dubai and app development services are still costly at the moment. Some of which are as follows:

Mobile App Development Services Are Not Only About the App

You will need a backend section with a server and a database, as well as the API used to connect with them, if you want anything more complicated than a calculator or a book reader. And even though you simply need anything reasonably basic, the design of the app and UI is also a must and is included in the final cost of developing an app.

That app will be favored by most users which UI is simpler and more descriptive. Good and functional UI is simply an industry standard and should not be overlooked if you want to be taken seriously and, of course, adds up to the overall cost of development of mobile applications.

It is not that difficult to learn basic programming skills, but successful developers have to be both experienced with the development of commercial or enterprise-level solutions and up-to-date with a specific technology, system or language. In the complex web and mobile development environment, not every individual is ready to continuously learn and adapt.

Developing an app or web design Dubai is like shooting a movie: you have to recruit a professional mobile development team if you want an award-winning blockbuster and not a student film. The danger for novice developers, apart from quality problems, is that it will take them more time to build your app. Since mobile development companies charge you based on their developers' hourly rates, you may potentially pay more for an app made by a not-so-skilled team because it will take them more hours to put the app together.

Our web design Dubai and mobile app development company has been working on both large and small mobile development and design projects. In order to solve a very specific problem, monitoring road quality, we have also built our own mobile start-up. To get it just right, we went through field trials, tweaking our mathematical model back and forth and many redesigns.

Which Is Better – A Mobile App or A Responsive Website?

The most suitable option really depends on your final objectives when it comes to choosing whether to create a native app or a responsive website. An app would probably be your best choice if you are creating an interactive game. But if your aim is to provide the broadest possible audience with mobile-friendly content, then a responsive website is probably the way to go. You can decide that you need both a responsive website and a mobile app in some situations, but it's pretty safe to say that developing an app rarely makes sense without having a responsive website already in place.

Generally speaking, the first step in the development of a responsive web presence should be known as a responsive website, while an app is useful for creating an application for a very specific purpose that cannot be effectively done through a web browser.

All in all, with high demand for apps and awareness of constantly changing tools and the high level of technical web design Dubai skills needed being the most critical of them, a number of variables contribute to the development cost of iOS and Android apps.

We strongly believe that it can't be cheap for high-quality web design Dubai and mobile apps. Therefore, it is worth the price. But by starting with just one mobile platform or creating an MVP that can be polished in the later stages, it is also possible to lower the cost of developing an app for your company.