Why You Must Have The Arabic Version of Your Site in UAE?

Why You Must Have The Arabic Version of Your Site in UAE? 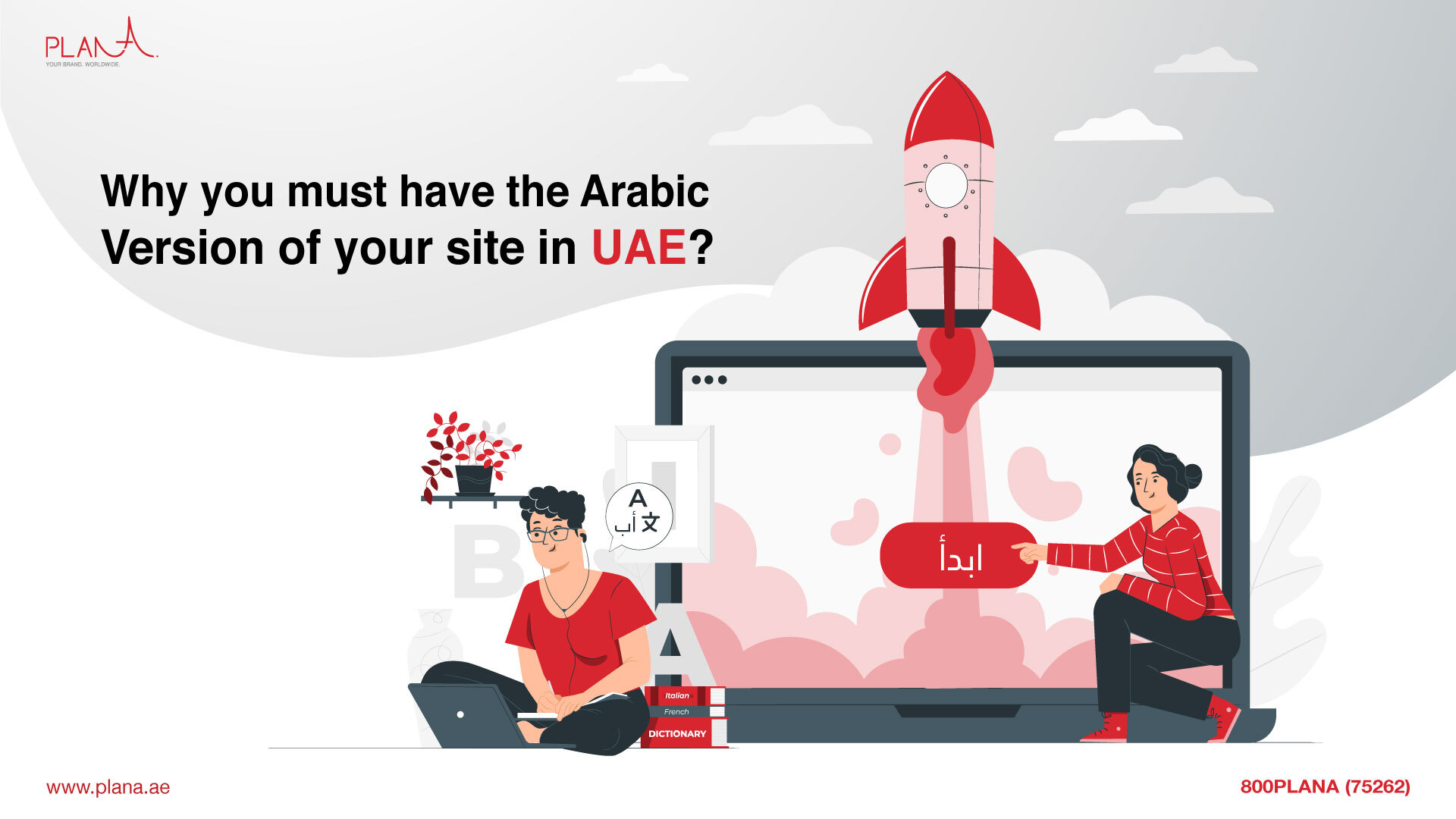 Today, more than 237 million Internet users are Arabic speakers, which means that it has risen by 9.34% from 2000 to 2020. However, with all previous numbers and figures, Internet penetration of Arabic content is about 5% of poor quality. "Translation" is one of the key sources of Arabic copywriter Dubai services on the Internet.

Unfortunately, the automated translation platforms are not very reliable and, in many cases, cannot express the original meanings intended for the text. As a result, Arabic-speaking Internet users are struggling to find accurate and useful material in their native language. So, you need more diverse and high-quality Arabic copywriter Dubai services. That’s where Plan A comes in.

Social media and Ecommerce are well established in almost all Arab-speaking markets. UAE has the highest social media penetration in the world and that Saudi Arabia has the fastest growing population of social media users in the world.

Customers in UAE are more technologically progressive compared to the global average, particularly for online shopping, mobile payment and searching on social media. The intertwining of Ecommerce and social media is highlighted when it comes to Arabic copywriter Dubai. 38% of Middle East consumers surveyed said they used social media to purchase goods, compared with 21% of consumers worldwide.

Ecommerce is highly developed in most of the Middle East, rising at 25-30% per year, well ahead of global averages. Ecommerce is expected to grow to US$ 30 billion by 2022.
The most developed markets include the UAE, where the government is dedicated to expanding e-commerce, launching its Dubai CommerCity scheme — a free zone for e-commerce in the Middle East and North Africa regions.

Arabic has been ranked among the top ten languages that both Google and Microsoft need to give priority to. A few years ago, Maren was published by Microsoft as a Windows extension that translates Arabic written in Roman characters to Arabic script.

According to Microsoft's Internet Explorer 8 page view, this is the second most common service used. Google's regional marketing manager announced that "One of our biggest missions is to allow Arab users to find the right tools to enhance Arabic content. It would be awesome to see more e-commerce in the country, more publishers and more news sites. We're committed to helping them out.

The Abu Dhabi Cultural and Heritage Authority has launched a major cultural and commercial translation and publishing project named Kalima, which supports the translation, publication and dissemination of high-quality international writing into Arabic.

Kalima chooses 100 titles of classical, contemporary and modern literature from around the world to be translated into Arabic each year. Kalima also promotes marketing and distribution campaigns by developing new distribution platforms and promoting the Arab book industry internationally through investment in translation as a profession.
With this, the need of Arabic copywriter Dubai services has escalated for Arabic version of websites.

Most foreign companies in the Arabic area and elsewhere had their websites, marketing materials and technical manuals in the English language only after the importance of Arabic online content had been realized recently. International businesses are now conscious that they must provide Arabic content and localize their online content and websites to the Arabic language.

Most digital creative agencies Dubai are now aware that they need to offer Arabic content and locate their online content and websites in Arabic, making them competitive in this vast and rich marketplace.
Call us at 800 PLANA (75262) to know about our discounted Arabic copywriter Dubai packages.